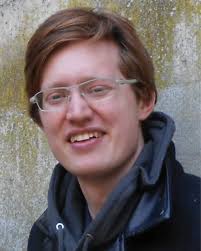 Moin moin, and welcome to my website! My name is Niels Linnemann; I am a Philosopher of Physics at the University of Bremen, and currently the assistant of Prof. Dr. Dr. Norman Sieroka. I studied Physics, Maths and Philosophy at Münster (BSc Physics, BSc Mathematics), Lund, Oxford (MSt in Philosophy of Physics) and Cambridge (MASt in Advanced Mathematics, also known as Part III). I became first interested in philosophy of physics after struggling with conceptual foundations of quantum mechanics (like so many) while still being a physics student in Münster. Now, my major interests within the philosophy of physics lie in the philosophy of spacetime. At a higher level, I am interested in issues of the philosophy of discovery, and meta-metaphysics.

Within my PhD project at the University of Geneva — supervised by Prof. Dr. Christian Wüthrich — I inquired into the basic strategies and conceptual obstacles for formulating a theory of quantum gravity. My thesis entitled “Philosophy of quantum gravity as a philosophy of discovery” investigates the means we have for learning from pre-quantum gravitational theories (general relativity (GR), quantum field theory in curved spacetime (QFT in CST), semi-classical GR, and perturbative quantum GR) about quantum gravity (QG). For this, I analysed what I take to be the main sources of rationales in QG research: (1) the development and implementation of certain physical or mathematical core ideas and constraints (`principles’ such as UV completion, background-independence, minimal length, …), (2) patterns of analogical reasoning, (3) semi-classical heuristics, and (4) ideas on prescriptional theory construction (quantisation in particular). Additionally, I dealt with the question of possible conceptual constraints on formulating a theory of quantum gravity. My research took place within the Swiss National Science Foundation project “New Avenues Beyond Spacetime“ (Principal Investigator: Prof. Dr. Christian Wüthrich, collaborator: Dr. Karen Crowther); Prof. Dr. Fabrice Correia, Prof. Dr. Richard Dawid, Prof. Dr. Fay Dowker and Prof. Dr. Nick Huggett served on my committee. During the time of my PhD studies, I was also involved as a fellow in the DFG project Inductive Metaphyics within which I linked to the subproject B1 “Modality in Physics and in Metaphysics” (Principal Investigator: Prof. Dr. Andreas Bartels, Collaborator: Kian Salimkhani).

Together with Kian Salimkhani, I try to make the philosophy of physics more known in Germany. Among other things, we organised the first DPG weekend seminar on Philosophy of Physics, which took place in Bonn in December 2018. The feature topic was `philosophy of spacetime’; at the overarching level, the seminar aimed at making students of both Physics and Philosophy aware of our lovely sub-discipline and the option to pursue an actual academic career in it.  There will be a revival of this format in Bremen on 5-7 June 2020 — this year’s weekend seminar will concern the philosophy of quantum mechanics! For more information, please click here!